The Growth of an Empire

No Widgets found in the Sidebar Alt! 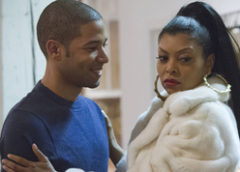 The Growth of an Empire

You know we had to write about Wednesday night’s airing of the new HIT TV Series “Empire.”  This show is getting rave reviews each week.  Taraji P. Henson plays the phenomenal character “Cookie” while Terrance Howard plays the character Lucious.  They are joint owners of a Multi Billion dollar Empire.  Lucious has ALS; however, no one knows about it except for his girlfriend, Anika.

This weeks show had some very surprising tidbits that came into play.

WOWZA, did you see that rock on her hand?  It was amazing with lots of BLING.  The proposal was a complete shocker to me because I thought Lucious and Cookie might just be “into” each other; however, they aren’t quite showing too much affection at this point.  I’m still unsure if the reason Lucious proposed to Anika was because Anika’s father is a doctor and he needs someone to sign a release stating that he is in perfect health so that he can move forward with his IPO plans, or if he really wants to marry her.   If you ask me, I think his heart is still with Cookie.

Meanwhile, the sons are at it again.  Hakeem and Jamal are busy producing their new hit albums  and/or Music Videos while Andre and his wife, Rhonda, are trying to sabotage Hakeem and Jamal at that same time.  Andre thinks if he can turn Hakeem and Jamal against each other then he will hold the key to the EMPIRE.

In the middle of all the extra excitement of the show, the surprise that reveals itself is when Tiana is having a situation with a person of the same persuasion.  This episode just blew my mind.  Another shocker was at the end of the show when Lucious came over to Cookies crib to reminisce about their Anniversary.  He reminded her about the time when they were young and poor and he stole a rose and gave it to her.  Earlier in the show Cookie found a rose on her doorstep and she thought someone put it there as a death threat to her.

OK, I don’t want to ruin the entire episode so be sure to watch Empire.

What will happen next?

This is one show that I try my best to be home and catch it LIVE.  Most shows I don’t mind setting the DVR, but for this one I feel like it’s a must see at the time it comes on. 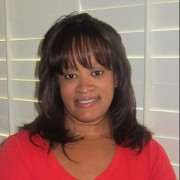 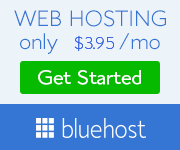