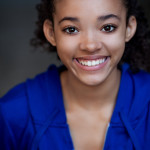 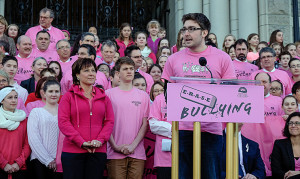 Bullying is an epidemic that reaches millions upon millions on a daily basis.  I came across a story on the internet and it inspired me to write about creating a Sea of Pink because I recently filmed a movie about Cyber Bullying.  Bullying affects everyone, not just the one being bullied.

The first day of school is a very big deal for most 9th grade students.  There are a lot of things going on in your head such as:

To one young mans demise, his first day of school was not so joyous.  We will call him, “Kyle.”  Kyle’s first day didn’t go as well as he had planned.  Kyle was chosen that day to be a target.  There was a group of mean boys who decided to taunt Kevin and called him names. They also threatened to beat him up. Why did they choose Kevin? Well, Kevin wore a pink shirt the first day of school and the mean boys decided they didn’t think boys should wear pink shirts to school; therefore, these bullies continued to pick at Kevin and follow him around school all day taunting and ridiculing him about his shirt.  Kevin was sad, miserable, and embarrassed to say the least.

Other kids noticed Kevin being picked on; therefore, two 12th grade students decided the bullying wasn’t funny so they decided to do something about it.  The two boys were named, Travis Price and DJ.  Both of the boys had seen kids being bullied year after year and they decided it was time to STOP this behavior. 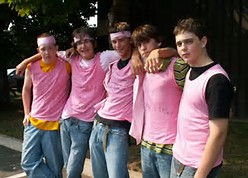 Next, Travis and D.J. went to the store and bought 50 pink shirts.  They went home emailed and sent a text to everyone they knew. They asked their friends to text, Facebook, or Instagram everyone they knew about their plan. They boys told everyone that the next day they would created a “Sea of Pink.”  We will all were these pink shirts and stand next to Kevin.  The pink will be our statement to the boys who bullied Kevin. Their thought was that if they banned together by wearing pink, the bullies will be forced to stand down.”

When Kevin arrived at school, he saw everyone wearing pink. He smiled and he knew that his 9th grade year was going to be ok.   Kevin realized that he was not alone.

To this very day, schools across the world have adopted a pink shirt day as a symbol against bullying.  Pink Shirt Day is on Wednesday, February 25th and it is a day that where we all united as one creating a sea of pink. 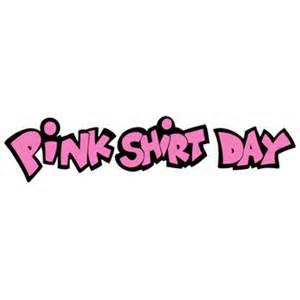 SUPPORT MY CAMPAIGN TO FIGHT AGAINST BULLYING – CLICK HERE

Become empowered in your community.  Make a difference  that will last a lifetime. Wear a pink shirt this Wednesday and let people know you are against bullying.