We’ve been discussing the upcoming movie “Fifty Shade of Grey” (FSOG) We’ve had some very thought provoking discussions about the forthcoming film. 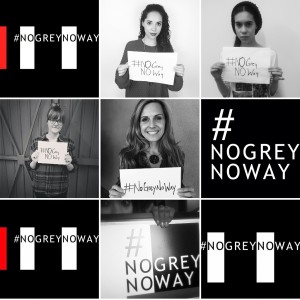 We reviewed another Facebook post from several people and we thought we would post a couple of them because they are very thought provoking and well written in their explanation of how they feel the movie is portraying or not portraying LOVE.

Here is an amazing excerpt from Kimberly Arland

I was CURIOUS about the 50 SHADES OF GREY Trailer, so did some research.

I haven’t read the books and will not see the film. Why? For many reasons of which I will list two below – mainly communicated to my male and female Christian friends and acquaintances.

The Book Trilogy and Film are labeled EROTICA

Why-in-the-what would a CHRISTIAN man or woman, single, married, separated or divorced want and CHOOSE to put ourselves in a position to be strongly sexually aroused?! If we know, in advance that it is erotica, why push down all good reasoning and decide to go out, spend money, and purposely get aroused by someone or something other than our spouse?

“… this film is so dangerous because it is setting out to change the very fundamentals of what love and sex looks like…by highlighting dark sexual acts verses the true intent and real expression of love.”

I had no idea what that meant. It means Bondage, Domination, Sadism and Masochism. Christian peeps! Those words alone should have us high-tailing it away from this mess and trying to get a refund on already purchased tickets!

BONDAGE – sexual servitude or subjugation to a controlling person or force and usually involving physical restraint by typing up and often humiliation.

DOMINATE – to have or exert sexual mastery or control over another.

SADISM – the act of obtaining sexual gratification by inflicting physical or mental pain either on others or on oneself; delight in cruelty; excessive cruelty.

MASOCHISM – the act of obtaining sexual pleasure by being subjected to pain.

Above are only two of the many reasons why we, as Christians, should guard hearts and minds from the popularity and seduction of this 50 Shades franchise and the like.

This article will be continued in tomorrow’s post on FSOG by: Kimberly Arland.

What do you think Moms on the Go? We’d love to hear from you on this upcoming Feature.