The natural order of death should be grandparents,  parents, and then children.  However,  we know it doesn’t anyways occur in that order.  Sometimes things occur beyond our control and sometimes we control all aspects.  Whether it’s  simply life or the choices we make. Life and death happens every day.

Something that is sure in life is –Death. There is no way around it.

I’ve been struggling with a recent death of a local young teen–age 17. 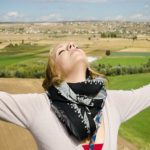 We arrived at the restaurant and my daughter and I head off to the restroom.   My daughter is texting on her phone,  as kids do these days.

As we are walking out of the restroom,  my daughter turns and gives me this look of shock,  despair,  and disbelief.

I began to worry.  I asked her if everything o.k, as we are walking to the table to meet my hubby.

She looks over at me and said,  Richard,  is dead.  I asked her,  what?, who is Richard?  The name sound familiar,  but remind me.

So, here is the back story on how we came to “know of” this person “Richard”

Rewind back in time

About 6 months ago,  my husband gets a call from our neighbor at about 3 a.m in the morning. Our neighbor tells my husband that there is this boy standing in our yard and he’s walking toward our door.   Note: I heard this after the fact.

Back to the story

My husband jumps out of bed, grabs the first gun he sees, and heads toward the front door.  I’m nervous because all I see is him getting the gun and leaving our bedroom.

I quickly got out of bed and scurried to the hallway to see if i could hear any talking.  OMG, I hear voices–one unfamiliar voice.

I hurried to put on my clothes.  At this point, I’m a nervous wreck.   By the time I made it to the front of our house, the voices were gone.

Yes, I said shot gun. Did I mention we live in the wild wild west?

In a nutshell, this boy, Richard,  was an acquaintance of our daughter, from school.  He called her because he was in our neighborhood with friends, and the friends left him and he had no ride hi2me..  His phone was about to die and he needed to use a phone to call for a ride home.

When my husband walked in, the boy was standing at the door, and my daughter was handing him a phone. The timing was impeccable to say the least.

Needless to say, my husband sent him on his way quickly. He was trying to explain he didn’t havr a ride home, but my husnand wasn’t trying to hear any stories.

I felt bad the boy was sent on his way at 3 a.m in the morning.  He had no ride and no one to wonder about him (I guess).  Will he be o.k? Where are his parents? Why was he out this late? What kinda friends does he have to just leave him? 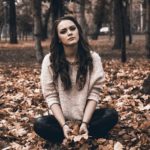 We had a long discussion with our daughter about making wrong choices.  Our daughter exclaimed, “I was only trying to help him. ”   Who knows what the plans were that night?  Did this kid really have phone issues or was it a well (or so they thouhht) devised plan for something else?

God’s plan prevailed.  He covered our family from any turmoil this night. Once again, Thank you Lord for your grace and mercy.

If you don’t believe in God, maybe you will now. He had his hand in this situation.

Parents beware your children/teens having cell phones in the middle of the night.  It may be a good idea to take their phones away at night so they can’t make unwise choices that they should not make.

The devil is always busy. 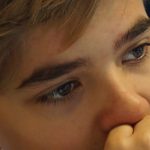 I can’t stop thinking about him

My dilemma right now is that his kid was buried yesterday on May 5th 2017.   I can’t stop thinking about him. He is in my spirit very heavily.  I’ve never met this kid before, but for some unknown, reason he is  heavily on my mind.

I found myself saying I’m sorry for what happened to him. However, it’s not my fault at all but I just feel so bad that he was lost and there was nobody  to help them.

What happened to the teen in this blog post? we heard  he was playing Russian roulette with a couple of friends and the first time he put the gun to his head, it didn’t go off. Then he passed it over to someone else.  This teen slapped the gun and said, “I’m not playing this stupid game,” Richard, swished the cylinder chamber.  He pulled the trigger and the gun went off— he died.

Parents we must wake up.  Our kids are dying senseless  deaths.   They are dying at a young age now.

This teen no longer attended school. I’m not sure how that happened or why it happened,  but these kids are lost and it saddens me.

There was no news story about the senseless death.  There were it no stories in the local paper –there was nothing on the police website.  How many deaths occur like this and we never hear about it?

There were, supposedly, two other teens there at the time.  I pray that justice will be done.

Anyone who is involved in playing the deadly game of Russian Roulette should be liable for the death of anyone involved.

Note: The name of the teen has been changed to protect his family.

What do you think?  Do you think all participants involved in the game of Russuan roulette  should be liable?