Warning: This article contains spoilers alerts about the Netflix

While sitting in our family room watching our “cable-free” television, my daughter told me about a Netflix TV series that her friends at school had been talking about it for a while now.

On Easter Sunday we had dinner at my sister’s home and my niece told my daughter about the same Netflix mini series as well. 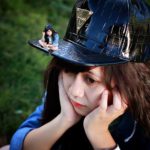 As I’m conducting more research to write this blog post, I noticed there was a book that spiked the idea to make this TV series.  The book is entitled Thirteen Reasons Why 10th Anniversary Edition

Teen suicide is a growing health concern. It is the third-leading cause of death for young people ages 15 to 24, surpassed only by homicide and accidents, according to the U.S. Center for Disease Control and Prevention.

#13REASONSWhy, produced by Selena Gomez, takes place the majority of the time in a high school called “Liberty.”   The definition of Liberty is the state of being free within society from oppressive restrictions imposed by authority on one’s way of life, behavior, or political views.

A perfect name for a school that is depicted to have encountered a unfortunate teen suicide.

SPOILER ALERT: In the series, Hannah Baker commits suicide due to a series of bullying incidents.  Hannah leaves behind 13 series of recorded tapes explaining why she committed suicide and the names of each individual that to contributed to the well thought out plan.

WOW, who does that? Who takes the time to prepare prerecorded tapes, including the names and situations of all the individuals who hurt/bullied them.

Nevertheless,  I believe this is food for thought TV movie that helps explain what happens to those left behind, AFTER the suicide.

I believe #13reasonswhy tells the story of how the family feels so empty and lost because the person decided to take his/her life.  The big question is WHY and HOW could the family have helped Hannah through this finality.  It takes a lot of time to make 13 series of tapes (front and back).  This makes me think about my own children.

We live in a world where our children hang out in their rooms most of the time.  What are they doing in there all the time? Should I be concerned?  Should I search their room for possible clues periodically?  OK, now I feel like this could be a sign of worrying and this should not be done, right?

Over 5,000 kids attempt suicide every day in America

BACK TO THE SERIES

In Hannah’s voice “1+1+1 is not a simple equation.”  As we all know, 3 people usually get together and one person is left out of the circle at some point in time.  Unfortunately, this happened to Hannah–she was the 3rd wheel , so to speak, that was eventually left out.  She felt sad and lost as to why her new friends dissed her. 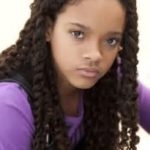 Parents: Do you know your child?

During the movie, my daughter asked:

Wow, I did not expect this question.  Well, of course — I would be devastated.  Any parent would be devastated that their child was so hurt and confused that they could take their own life.  I’ve heard that almost every child has thought about or entertained the thought of ending their life.

My daughter share an experience with me.  She had birthday sleepover in the past, the girls played a song discussed in the movie — XXXXXXXXX .  You never know what other people have been exposed to and when and where they will impart these things into your children.  My daughter had never heard of this song prior to being introduced to the song at a friendly sleepover.  She said the song was so horrible that it kept playing in her head way after the party was over.  She went on to explain that this song,  supposedly, was used in several teen suicides.  My daughter told me that I should listen to it.  Nope, I don’t think so.  I don’t want that introduced into my spirit.  I will pass.

WHAT CAN WE DO? 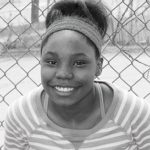 The writing is already on the wall. We must educate our schools, families, and children about the negative power of social media.  Social media has developed or brought to the forefront, a society of stalkers.  People can hide behind their phones and computers and say hateful and evil things to one another without being known who’s making the accusations.  This world is very sick.

Bullying has been magnified 1000 times.  Sometimes I feel it’s better that society do away with social media.  We had a simple life before social media.

In the age of social media, we hear of people raping, fighting, stealing, killing LIVE online just to get famous — just to get their number of views/likes to skyrocket.  Our priorities are out of line.

The internet is a blessing and a curse. It all depends on how you use it.  Just like anything else, when you use stuff for good, then it’s great, but when you use the same things for bad, then it can be awful.

IT all FALLS down to CHOICES.

There is so much hate and sickness in the world.  Teach your children to LOVE and not sit back and watch other people get bullied.  Talk to someone and tell them what’s happening to you or someone else.  You may save a life.

Education is THE KEY